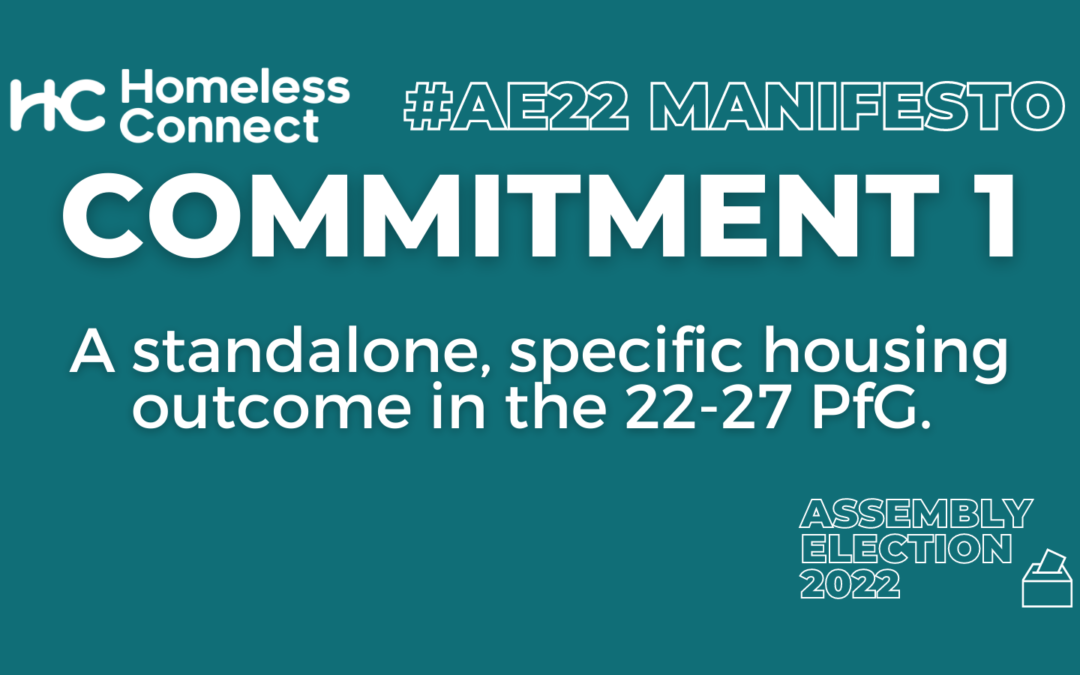 A standalone, specific housing outcome in the Programme for Government 2022-2027 with emphasis on the prevention and reduction of homelessness.

We are in the midst of a homelessness crisis.

Behind these figures are real people living with the uncertainty and anxiety of not having a place to call home. Experiencing homelessness comes with real costs.

It will not be easy to turn this situation around. If it is going to happen, we need the different arms of the state to work together towards the common goal of preventing and reducing homelessness.

In our system of Government, one of the key ways to achieve this goal is through the Programme for Government. This programme sets the agenda for the Executive as a whole and determines what will be prioritised.

The Programme includes a number of outcomes the Executive would like to achieve. In the draft Programme for Government produced in the 2017-2022 mandate, there was no specific, standalone outcome focused on housing and homelessness.

This was in spite of the fact that such an outcome was promised in the New Decade, New Approach deal which restored the devolved institutions in January 2020. Housing and homelessness issues were instead considered under a scattered range of other outcomes included in the strategy.

While such an outcome in and of itself will not produce better results, it will help to focus minds and drive the cross-Executive working we need to see.

An obvious point to finish. For a programme for Government to be produced, we need to have an operational Executive in place. It is not our place to comment on the factors which have led to the collapse of the Executive. However, we know from our members that the fact that the Executive is not in place has damaging consequences for people experiencing homelessness and the wider sector which supports them.

We urge political parties to find solutions which will allow the Executive to return in a fully functional form.