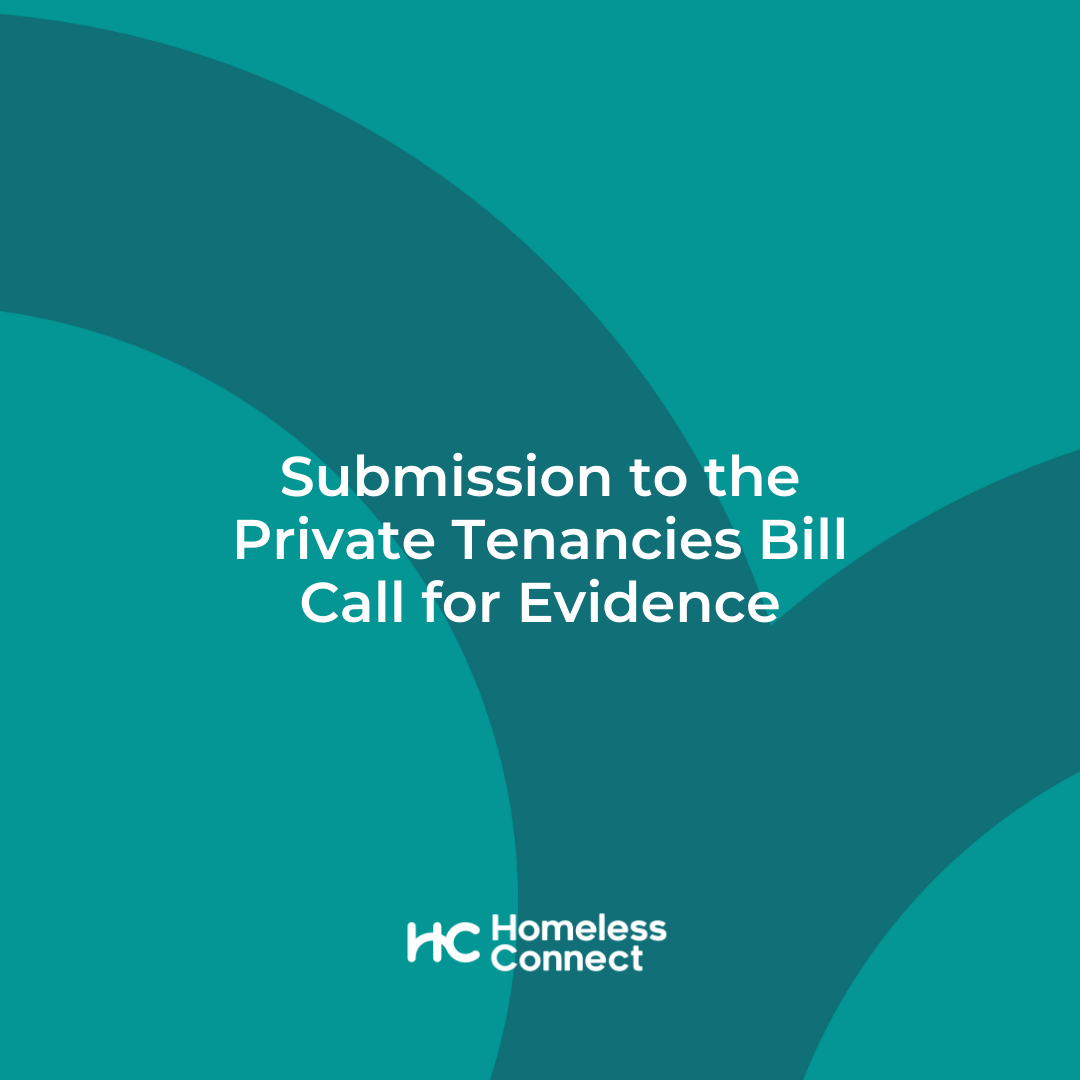 Homeless Connect has made a submission to the Communities Committee Call for Evidence on the Private Tenancies Bill. The purpose of the Bill is to reform the laws governing the Private Rented Sector (PRS) to make the sector safer and more secure for households. The measures in the Bill include the following:

We believe the Private Tenancies Bill is a positive step forward and will have a beneficial impact for those at risk of or experiencing homelessness. Some of the measures included in the Bill would, if implemented effectively, reduce barriers to the PRS for these households.

Our response focuses on four clauses which we believe to be of particular relevance to households experiencing homelessness. These clauses relate to the introduction of a limit on tenancy deposits; the restriction on rent increases; the proposed changes to the Notice to Quit Periods; and the clause which sets out when the measures included in the Bill will come in to force.

We would have preferred the Bill to go further in many regards in terms of the reforms it proposes. The Minister for Communities has indicated that this Bill is the first part of a two-part programme of legislative reform. Our response outlines some of the areas we believe need to be considered in the second piece of legislation.

You can read our full response here.