Latest Housing Statistics Published by the Department for Communities 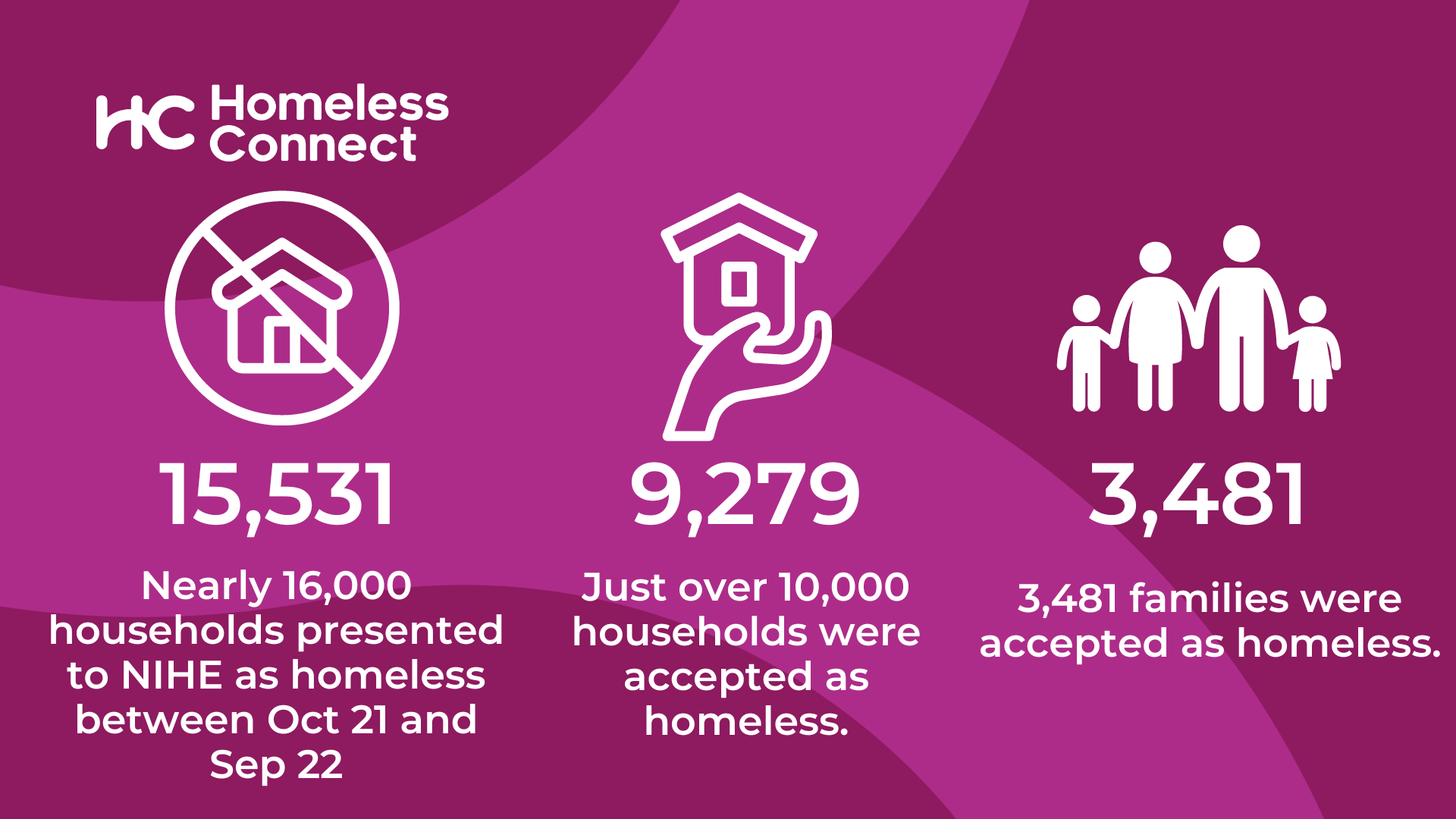 This morning the Department of Communities published the latest edition of its Housing Bulletin for July to September 2022. This bulletin contains some of the latest figures on housing and homelessness in NI across a range of areas.

The figures released show that the numbers presenting to the Housing Executive as homeless remains comparable to the number of presentations during the same period last year. 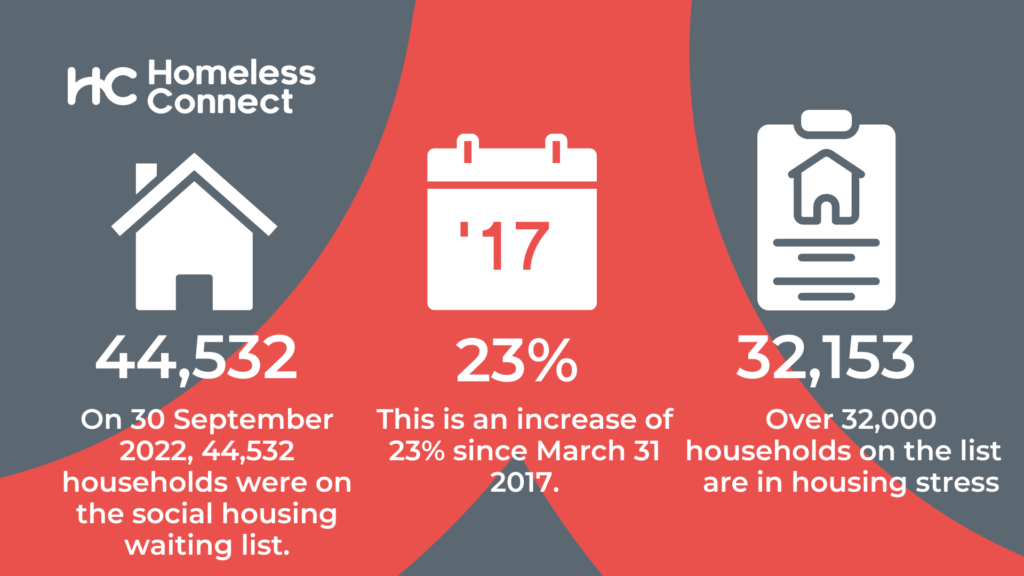 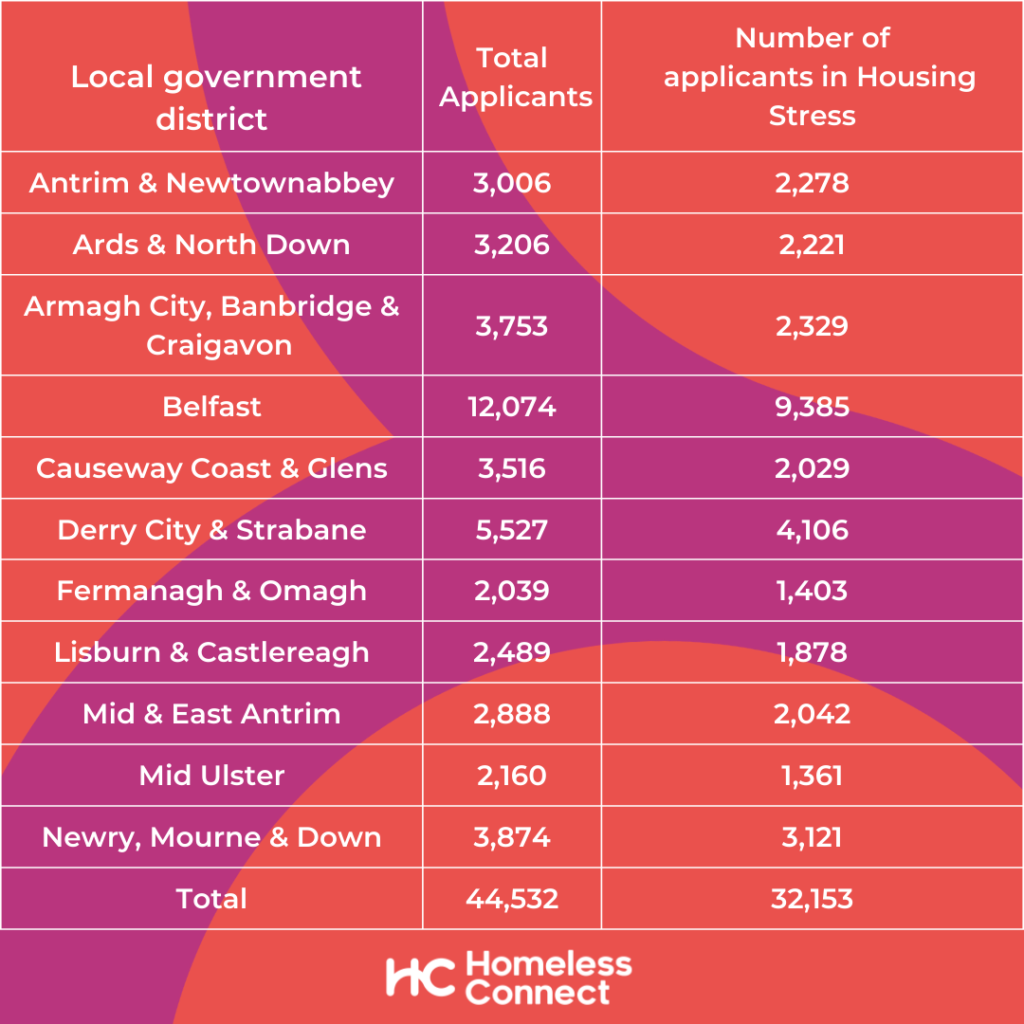 Homeless Connect, working with our members and statutory partners, will continue to strongly advocate for the change we need to see to bring these figures down.

You can read the full statistics here.